The Complete Guide to Deportation

If you’re like many immigrants in the United States, you know that there are several reasons an immigration judge could issue a deportation order that says you must leave the country. If that happens, you have no choice but to leave – and though you may be able to come back in the future, a removal order effectively bars you from returning for a specific period of time.

Deportation (formally called removal) is serious, and for most people, the best way to deal with a removal order is to work with a skilled Port Chester immigration attorney.

This guide explains deportation, deportation defense, and what happens if a judge orders you to leave the United States. If you don’t find the answer to your question here, or if you need help because you’ve received a notice that you’re in removal proceedings, call our office immediately at 914-481-8822 to schedule a 30-minute consultation with Attorney Gergana Genova.

Your Guide to Deportation and Removal Proceedings

Removal from the United States is the legal process of deporting a foreign national from the U.S. back to their home country. There are several reasons the U.S. government may seek to deport a non-citizen, but it usually happens when an immigrant breaks a criminal law or somehow violates immigration law (such as committing immigration fraud or entering the country unlawfully).

It is possible to fight deportation, though. In fact, you and your attorney may be able to file an appeal with the Board of Immigration Appeals, which has jurisdiction over immigration judges’ decisions. However, not everyone has the right to appeal – so if you receive a removal order, you should consult with an attorney as soon as possible. 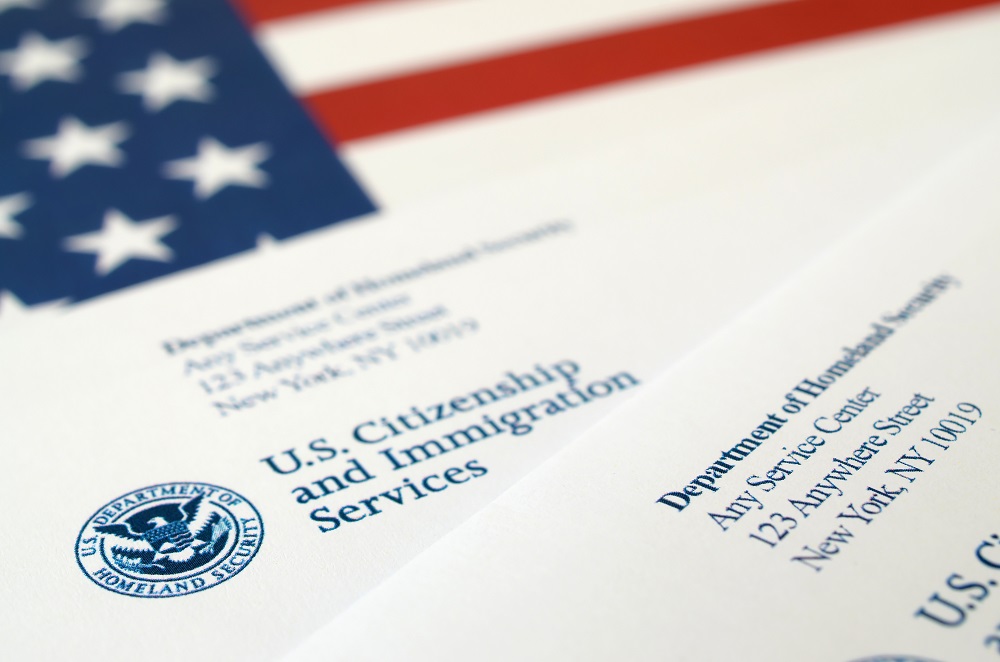 Some people are subject to an expedited removal. An expedited removal is a deportation that takes place without an immigrant ever seeing an immigration judge. This typically happens when Customs and Border Patrol (CBP) agents catch someone at the U.S. border, or when someone presents forged documents to a U.S. Citizenship and Immigration Services (USCIS) officer at a port of entry. In these cases, officers often turn the person around and send them back to their point of origin.

Other people go before a judge as part of a longer removal process. Sometimes, the government holds these foreign nationals in detention centers prior to trial or deportation. Then:

Who Pays for Removal?

Most removals take place at the U.S. government’s expense – that is, the government pays for your plane ticket or ground transportation. After you leave the United States, you cannot return until the amount of time noted in your removal order has passed. For example, if the U.S. government says you’re not allowed to return to the U.S. for five years, you can’t apply for a visa to come back until five years have passed – even if you have family in the United States, and even if your departure causes them (or you) a significant hardship.

What Are Grounds for Deportation?

The Immigration and Nationality Act (INA) provides several grounds on which an immigrant can be deported from the United States. The most common grounds for deportation are: 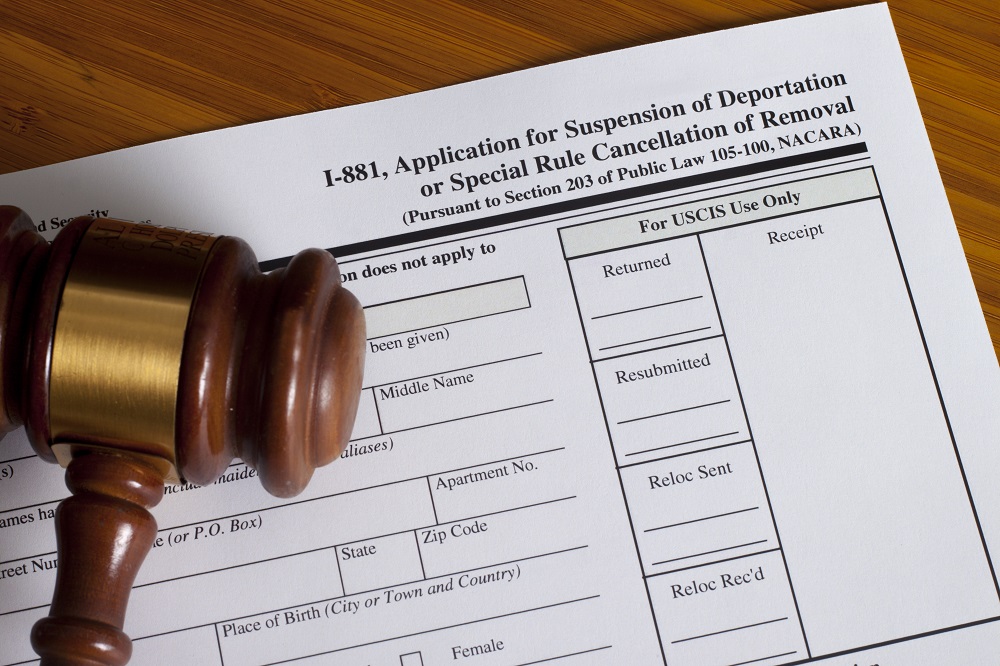 What Can Stop You From Being Deported?

There are a few ways your attorney may attempt to stop a judge from deporting you, including:

Here’s a closer look at each.

Applying for Adjustment of Status to Stop Deportation

In most cases, you must have entered the U.S. legally to adjust your status during removal proceedings. However, the government sometimes allows a limited number of unlawful entrants (people who entered the U.S. unlawfully) to adjust their status. Your attorney can explain the specifics to you if they apply in your case.

Asking for Cancellation of Removal to Stop Deportation

Some lawful permanent residents (green card-holders) may ask for cancellation of removal to stop deportation proceedings. But in order to qualify:

You’re not eligible if a court ever convicted you of an aggravated felony, or if you received a cancellation of removal in the past. However, some people are eligible for what’s known as a 212(c) waiver. Your attorney can explain this waiver to you if you’re eligible. (These waivers are for people that U.S. courts convicted of a crime prior to April 24, 1996.)

You don’t have to have a green card to ask for cancellation of removal, though. An immigration judge may cancel removal for non-green card-holders if the immigrant:

Related: What happens to your work permit after cancellation of removal?

Applying for Asylum to Stop Deportation

It’s possible to stop deportation through asylum. If you’ve suffered persecution in your home country, or if you’re at legitimate risk of facing persecution if you return, you may be eligible for asylum. The persecution must be based on:

If the judge agrees and grants you asylum in the United States, your deportation proceedings stop. If you have a spouse or children, you may include them on your asylum petition, as well. You may later apply for a green card, and if you wish, apply for naturalization.

Getting a U Visa to Stop Deportation

Victims of certain crimes may be eligible for U visas, which can stop deportation proceedings. A U nonimmigrant visa is available to people who:

A Word on Voluntary Departure

Marriage itself won’t stop deportation proceedings. However, if you intended to marry someone before you received a notice about removal proceedings, doing so may make it easier to establish legal status here. It’s important to note that it’s illegal to marry someone just to gain an immigration benefit, so please don’t get married to try to avoid deportation. You should only marry someone you intended to marry before you received a notice about your removal proceedings. Even then, your marriage may not make it easier to establish legal status. Every situation is different, so you should consult with an attorney if you’re facing removal from the United States. 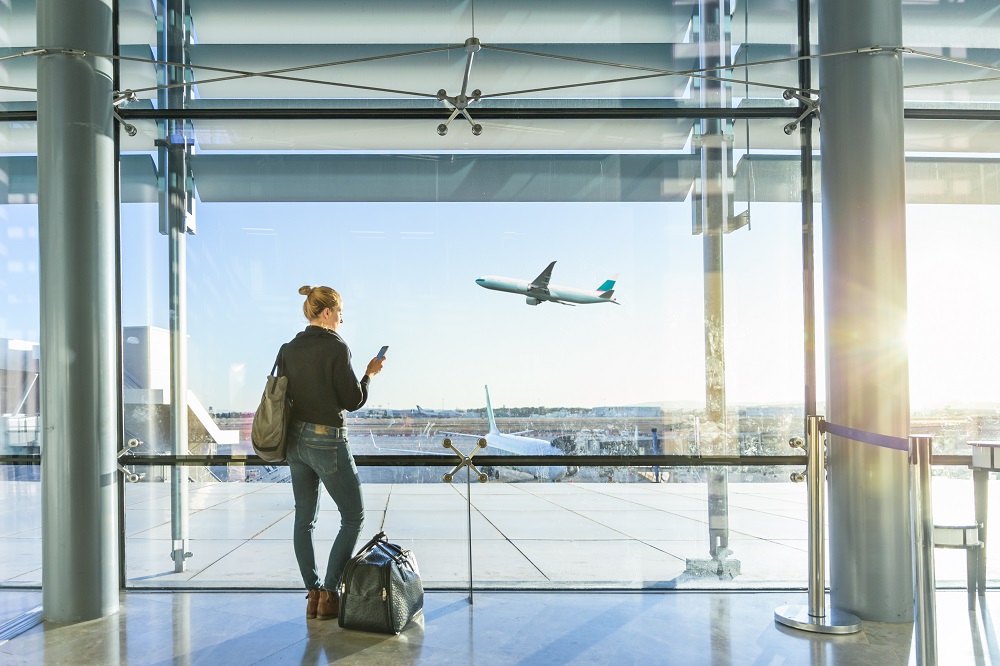 What Happens After a Deportation Order?

What happens after a judge orders you removed from the United States depends on whether you were in custody or free at the time the judge issues their order. If you’re in custody (immigration jail), you’ll most likely go back into custody until ICE sends you back to your home country. If you’re free, the judge most likely won’t send you to immigration jail. Instead, you may be able to go back to your home in the U.S. while the government works out the details of your return.

You’ll receive a “Bag and Baggage” letter from the U.S. government that details when and where you must report to leave the country, as well as how much baggage you’re allowed to bring. Unless you and your attorney work out a way to stop deportation, you’ll return to your country of origin on the date detailed in your letter.

Can You Return to the U.S. if You’re Deported?

You may be able to return to the United States if you’re deported, but you can’t just turn around and come right back. The U.S. government will require you to remain outside the country for a specific period of time (usually five, ten or 20 years). In some cases, deported immigrants aren’t allowed to return to the United States at all. The length of time you’re required to wait before returning depends on the reason behind your removal.

Do You Need to Talk to an Immigration Attorney About Deportation?

If you’ve received a Notice to Appear for removal proceedings, we may be able to help you. Call our office at 914-481-8822 to schedule a consultation. You’ll talk with an experienced, knowledgeable immigration attorney who can answer your questions and get you on the right path.